A fresh approach to personal savings is the only way to stop our slide into inequality and low productivity, argues Robert MacCulloch.

Inequality is an issue likely to dominate politics over the next several decades. The bottom 50% own almost nothing: less than 5% of total wealth, both at the world level and within New Zealand. The public are being scandalised by headlines like "NZ's two richest men own more wealth than the poorest 30 per cent".

Worse still, the bottom 50% face threats to their healthcare and living standards when they retire. Why? Because the public system is running out of money. Debt to retired and working Kiwis for health and superannuation exceeds $800 billion, assuming that it is calculated in the way required by law for New Zealand businesses.

What is the solution? The ‘Left’ want higher taxes on the rich. The prospect of new capital taxes looms here. Thomas Picketty, author of the best-selling book, Capital in the 21st Century, favours them, and his book is bedside reading for ministers in our Labour Party.

The ‘Right’ are in denial. They won't admit inequality is a problem. "Who cares?" about Picketty's findings, declared a former chair of President George W. Bush's Council of Economic Advisers. The American dream is open to all, it is argued, if you work hard. We need not stress about the very wealthy. Their fortunes get broken up by high living, and bequests to children and charity. Or so they say.

In New Zealand, the Left have followed the same path of welfare state expansion for 80 years. It hasn't worked. Certainly not for Māori, whom it has patronised. Only now, using the capital received by way of Treaty settlements, is some hope of independence being restored.

The position of the Right is hardly any better. It has become untenable in a modern, just society. The American dream will remain a dream for most at the bottom of the wealth ladder.

Nor will the Cullen tax review solve much. For political reasons, it was made too narrow. It is forbidden from proposing a joint reform of both the tax and welfare systems – a necessary condition to address inequality. The limited scope of the review means the bottom 50% will continue to own practically nothing.

New Zealand has low productivity growth compared with many nations, and we must think of smart ways of doing things, given our limited resources. An alternative to the traditional left- and right-wing positions outlined above is to adopt a new style of reform – one that defies partisan labels, and which will enable low- and middle-income earners to establish their own capital and become independent.

This can be achieved via individual savings accounts. Every Kiwi should have one to help provide for their welfare needs and build personal wealth for retirement. The mandatory and universal nature of these new accounts would stand in contrast to KiwiSaver, which is a voluntary scheme not used by all.

The funding of the savings accounts would come from existing tax revenues. Put another way, there should be no personal income tax until individuals and families can provide for themselves. Employers should also make contributions, offset by a reduction in their corporate tax rate, ACC and other Super levies.

To further help fund the accounts, there should be an end to ‘privilege’. In particular, welfare payments to corporations and students from wealthy families should stop. The loss of such subsidies would be offset by lower tax rates. The wealthy should look after themselves.

This reform would enable each person to build between $500,000 and $1 million of wealth over a 40-45 year working life. As a result, an income of over $30,000 per annum during retirement would become available, on top of the pension. Low-income earners would be able to buy medical insurance using their own savings, and they would gain access to the private healthcare now only available to the wealthy.

More broadly, a shift to savings accounts would help end the class warfare needed by our two main political parties to keep their support base. Wealth would accrue to low-income earners, and the quality of their healthcare would improve. For high earners, the need for new capital taxes would be pre-empted. Choice and efficiencies in the delivery of welfare services would follow.

It could become a practical reality. The numbers add up. A full set of Government budgets incorporating these changes, both for the present year and forecast out to 2050, has been created.

A line must be drawn under the old tinker-here, tinker-there policies. A fresh approach is needed to stop our slide toward becoming both an inequitable and a low-productivity society. 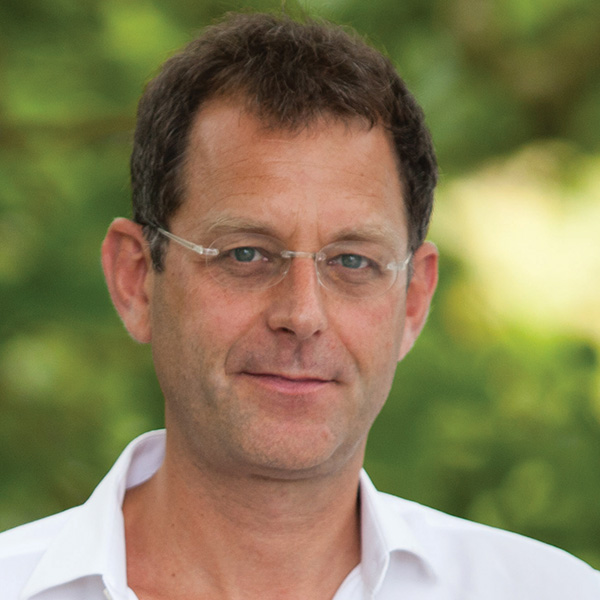 Robert MacCulloch is a Professor in the University of Auckland Business School’s Graduate School of Management.

Kevin Lowe is a Professor of Management in the University of Auckland Business School's Graduate School of Management, and he holds the Fletcher Building Education Trust Chair in Leadership.

Should humans and machines co-evolve?

Worrying about the potential downside of smart machines can blind us to the exciting possibilities they may open up for us in the future, argues Darl Kolb.

How cities can deliver a low-emission future

Cities are where the fight for sustainable energy will be won or lost, argues Simon Corbell. And when it comes to answers, size doesn't matter.

Getting serious about road and tourism congestion